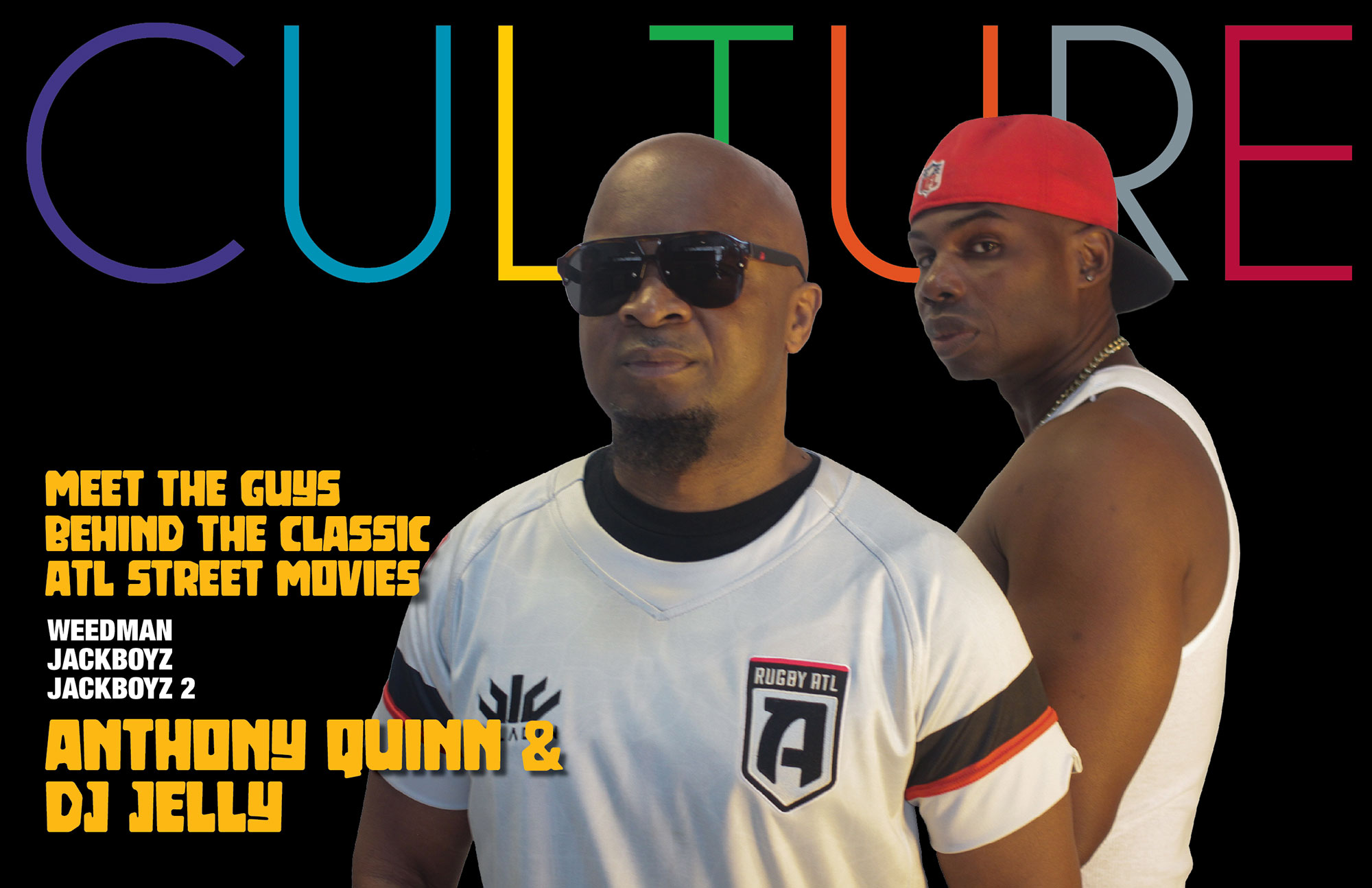 Atlanta has done it again!

There’s another name to add to the growing list of Black Artists who have defined the city and taken it global. From the likes of music favorites, Outkast, Future, Gucci Mane, Lil Baby, TI, Shawty Lo and many others to Atlanta’s Black Hollywood list of credits in film and television from Tyler Perry, Will Packer (Girls’ Trip) and Ryan Coogler (from the blockbuster Black Panther) and Little X (Superfly).

A native of Rowland, NC, and Dillon, SC, Quinn got his film start while in college at North Carolina A&T State University in Greensboro, NC., and Graduated from NYU film school. From there, he traveled north to Washington, DC where he worked as an Assistant Editor, at Black Entertainment Television (BET). He credits his early drive to pursue film to his mentor, Bille Woodruff, who he worked under in the Video Department at LA Face Records, who was the director of Perfect Match, Honey, and Addicted. “I used to come to stay with my dad and my brothers and sister for the summer,” Quinn said recently reminiscing about his early days on the streets of Atlanta. “I’d attended school at MD Collins High School here and we stayed off Old National in Old Town Village off Godby Road. That’s when ATLANTA was really ATLANTA.”

Quinn said Jackboyz is based on a true story about family members who were involved in the street life in ATLANTA, which included selling drugs and robbing banks. They all served their time in prison.

“New York had the movie Paid in Full, Los Angeles had Boyz-n-the-Hood and Menace II Society, but ATLANTA didn’t have anything that represented them and that’s why I created the classic movie Jackboyz.”

Quinn said he partnered with Atlanta natives, longtime friend DJ Jelly, who’s known for his classic Mixtape and BiG Al, ex-manager of the Youngbloods to create the movies. He adds, “The rest is history, which is still being made.”

Though “someone leaked Jackboyz,” Quinn said the movie has not officially been released.

“I was waiting on DJ Jelly to score the soundtrack and before you knew it, all the bootleggers at the flea markets and discounts malls where damn near selling out of it before they could dub them. Practically every liquor store had people selling the classic movie too.”

Quinn said the whole venture is bitter sweet. Having shopped around for a major distributor of the movie and having to endure rejection after rejection from major Hollywood film studios, it hasn’t stopped him from pursuing his goal of being a filmmaker.

“I don’t know what to make of it. BIG Hollywood rejects me, but my movies are a hit on the street,” Quinn says trying to reconcile the contradiction.
“I have bootleggers coming up to me telling me how much money they made off my movies and I am dead broke!” Quinn said.

“I still can’t believe it or reconcile the two, but I guess as an artist, I just have to keep pressing. I mean, I have people coming up to me saying they’re a “fan,” asking me to take pictures with them and saying, ‘I know you, you that dude from Jackboyz.”

Quinn who acts in his own films said when he is in those situations, “I’m happy and broke at the same time.”

Having found himself wedged in the Atlanta film industry between being “overqualified,” or “not enough experience,” Quinn makes ends meet by taking on Hotel jobs. He’s worked in almost every part of a hotel, from dishwasher to valet. “It’s funny because when I was cleaning someone’s room or parking cars people recognize me from my movies,” Quinn said. “These days, the chitlin’ circuit is the barbershops and beauty salons where my movies are played and purchased.” Quinn says his movies depict young Black lives. “Not too many movies depicted black males’ life in the south like “Jackboyz,” that’s really up to date,” he said. “Other big budget movies come to Atlanta and maybe use it as a backdrop, but not really show the Atlanta lifestyle and everyday neighborhoods like Jackboyz.”

What makes his storytelling different, Quinn said is that his movies are from a Black male perspective. They touch on social issues and “deal with the gritty side of life.”

“My movies illustrate real Black love and yes, there are some intimate scenes, things you don’t see in Hollywood films. My films depict black actors in sex scenes and it’s done with class.”

Quinn said though rejected from film festivals, he’s pleased that the streets have “accepted me.” He said it upsets him when people call these films, “hood films.”
“I question why they say it and wonder if it is because they’re done by an all African American cast and crew?” One thing Quinn is sure of, “I’m not waiting for Hollywood’s blessings,” he said. “I plan to keep telling the stories that I know and people love. I’m not hoping for an award or a pat on the back, I am grateful that people are able to see themselves depicted in a movie.”

Taking notes from Atlanta’s Tyler Perry, Quinn is at work on creating his brand, “An Anthony Quinn Film.”

What’s next? Quinn said they are currently in production on a film entitled, “TOP RIDER,” about an underground racing movie on Donk racing in Atlanta. He’s also finishing up the writing and production of Jackboyz 3 and Weedman 2.

Calling it a “bright moment,” in his journey, Quinn said negotiations are underway with a streaming service too,“finally put them online officially.”

“All my life, people have said they, ‘see something’ in me, ”Quinn said. “It feels good that people are finally starting to take me seriously.”

“They flatter me by saying I’m the next John Singleton, Spike Lee, or Tyler Perry,” Quinn said. “ I am grateful to be compared to the likes of such icons in the industry, I study what they’ve done and I’m building on it. Hey, maybe some kid will one day want to be the next Anthony Quinn.” 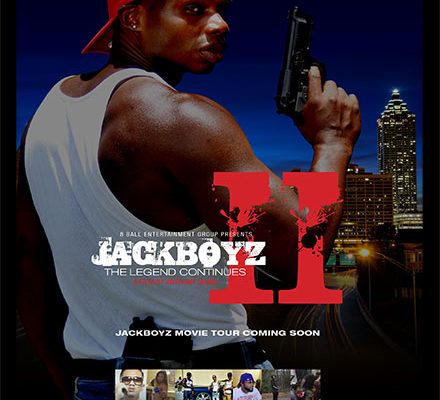 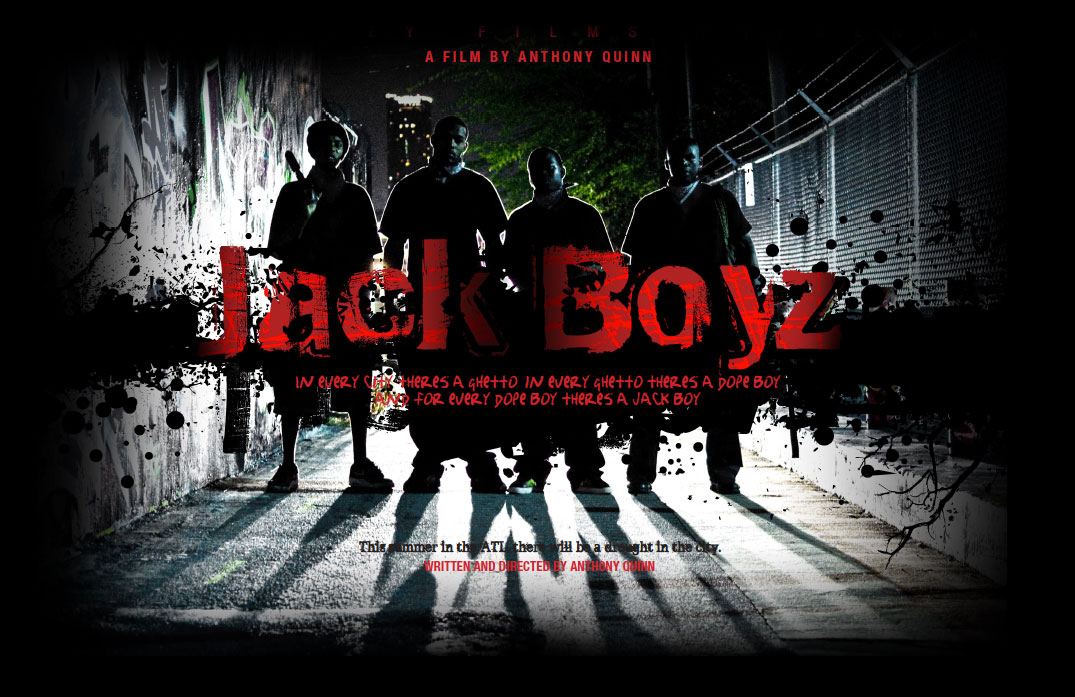